“WH Bloodstock is based at Hollington Stud in the heart of Berkshire just five miles from Newbury. WH Bloodstock operates over nearly 100 acres of prime English countryside” 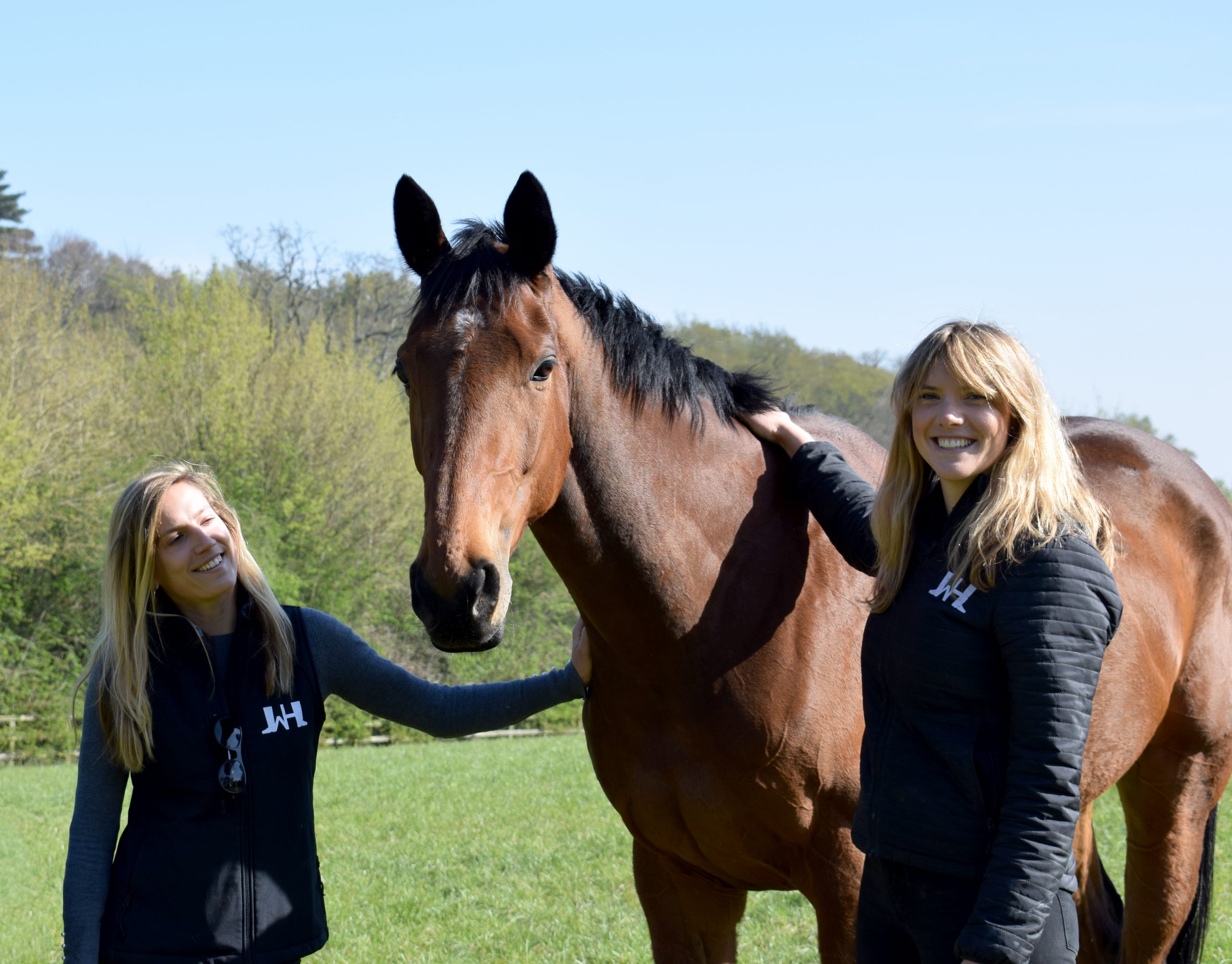 WH Bloodstock is based at Hollington Stud in the heart of Berkshire just five miles from Newbury. WH Bloodstock operates over nearly 100 acres of prime English countryside.

Mimi Wadham and Violet Hesketh formed WH Bloodstock in 2018. The pair met on the Godolphin Flying Start and when they graduated, they decided to start a business together focussed on breeding, pinhooking and consigning. Before forming their joint venture they gained more invaluable experience working in various areas of the bloodstock industry before actually setting up the business in 2018.

Since then the business has gone from strength to strength and they have been successfully buying, selling, breaking in and consigning thoroughbreds.

We have some great facilities 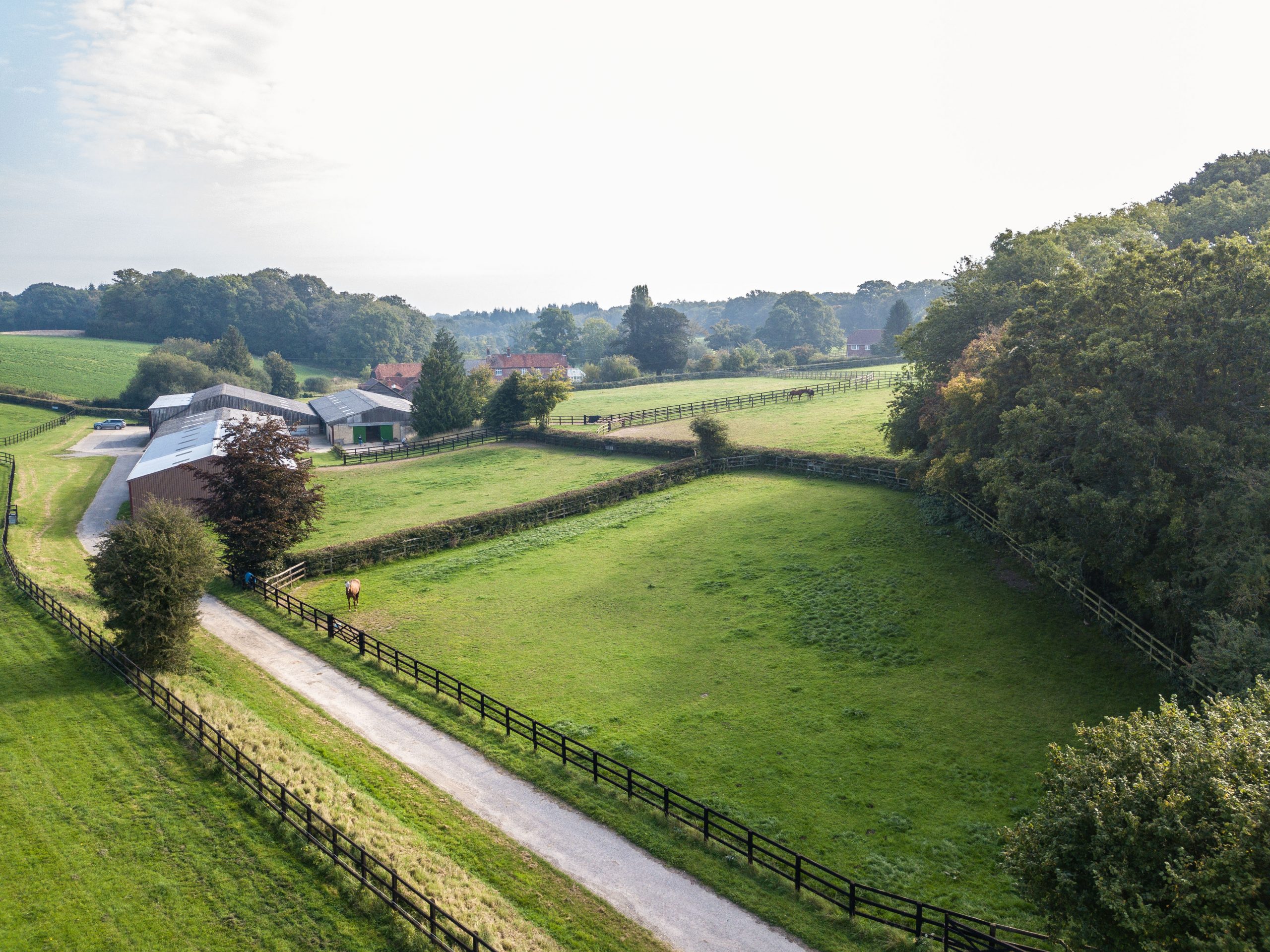 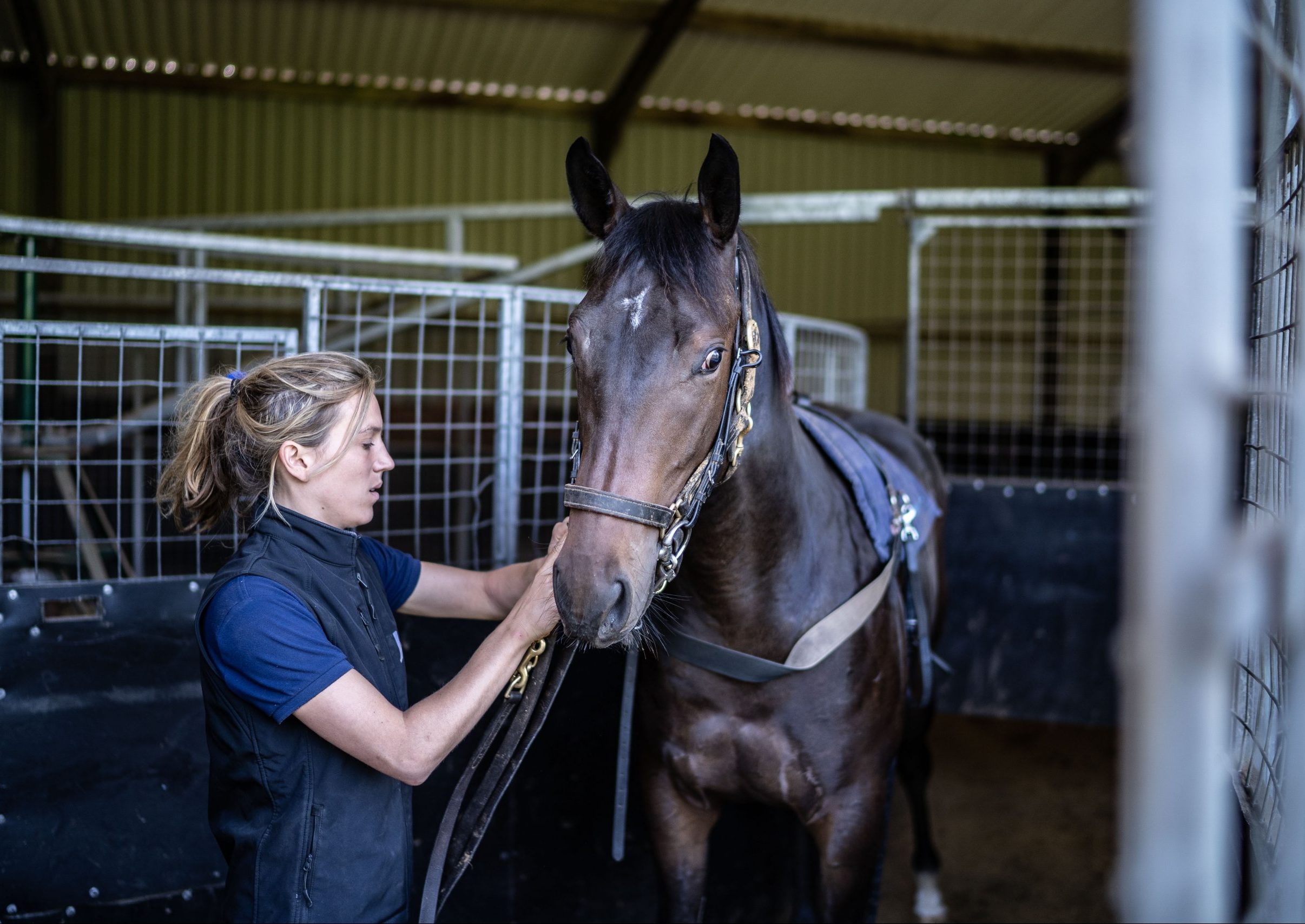 An essential piece of equipment for sales preparation and rehabilitation. During sales prep the yearlings are gradually introduced to the walker and are exercised on it daily wearing a roller and side reins to help them build up topline condition. 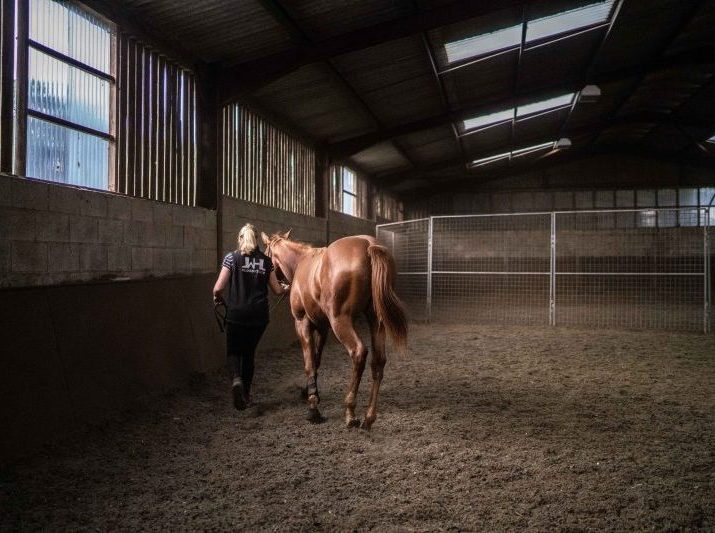 The stud is perfectly kitted out for sales preparation with a large indoor school for hand walking. During sales prep the yearlings are hand-walked 3-4 times a week to help educate them so that they are ready to shows themselves off at the sales. 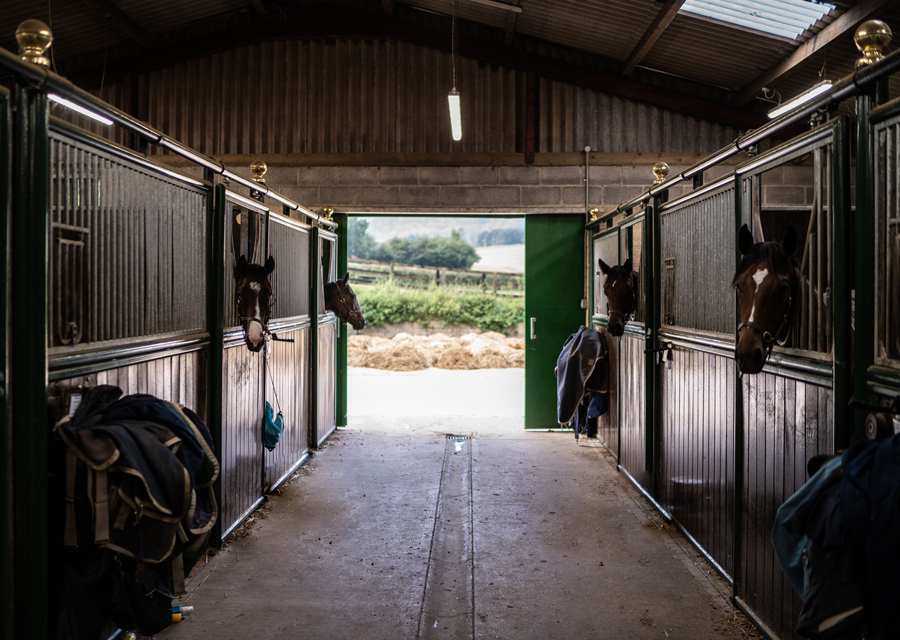 We have a 24-box barn with large, well-ventilated boxes as well as 2 loose boxes which are ideal for mares with foals on restricted turnout or horses coming back from injury. 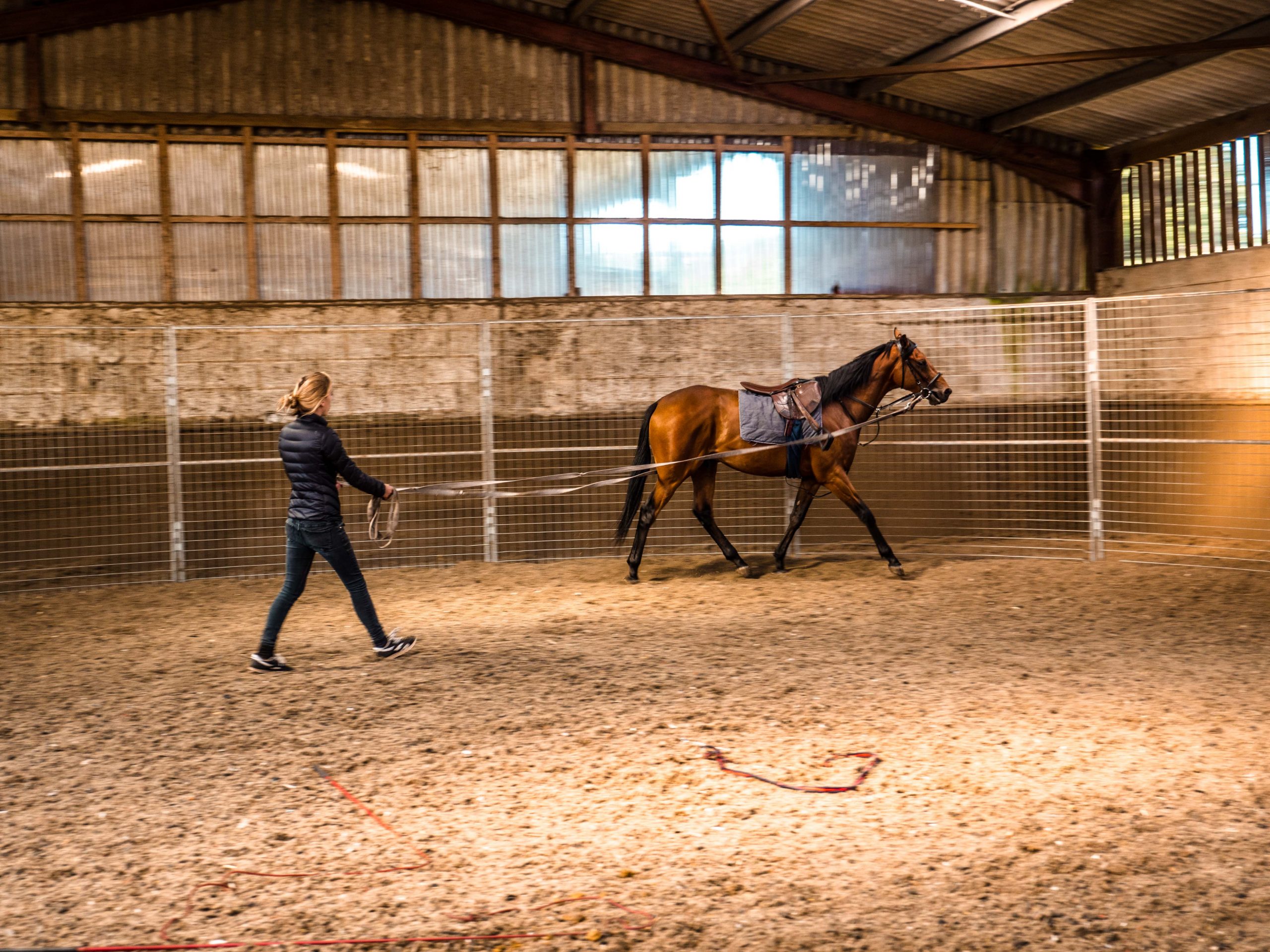 Another essential facility for sales prep and the horses like being able to see out. The lunging exercise during prep is built up gradually. Some individuals require more lunging to let off some steam while others just need a couple of lunges a week to help build muscle mass. 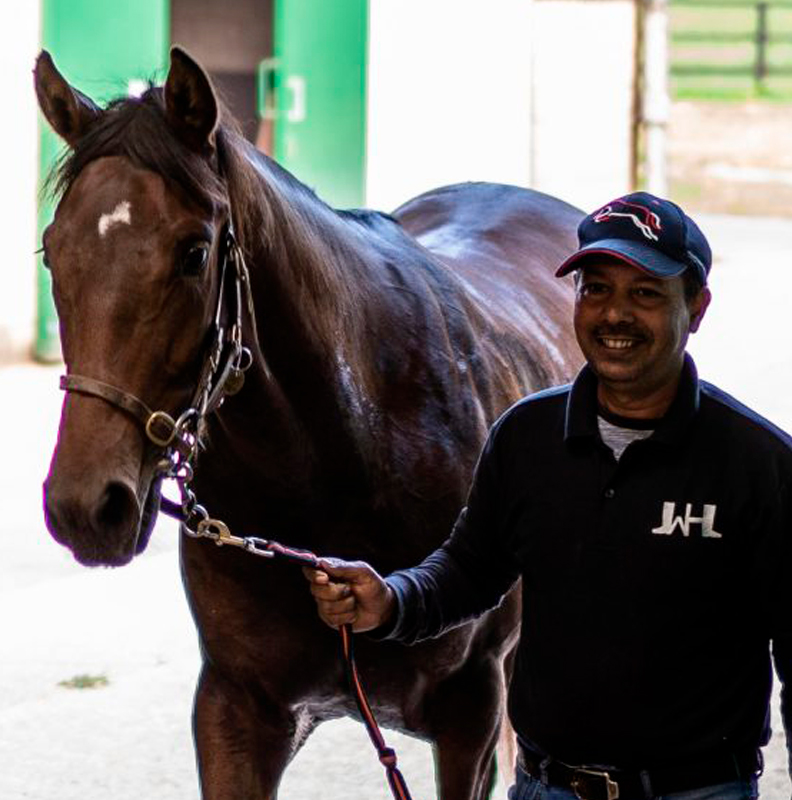 Alam has over 25 years of experience working with thoroughbreds in India, Dubai and the UK. He has worked for some of the leading studs and sales consignors in the business including Jamie Railton as well as a 7-year stint with Hillwood Stud. He joined WH Bloodstock at the end of 2019. 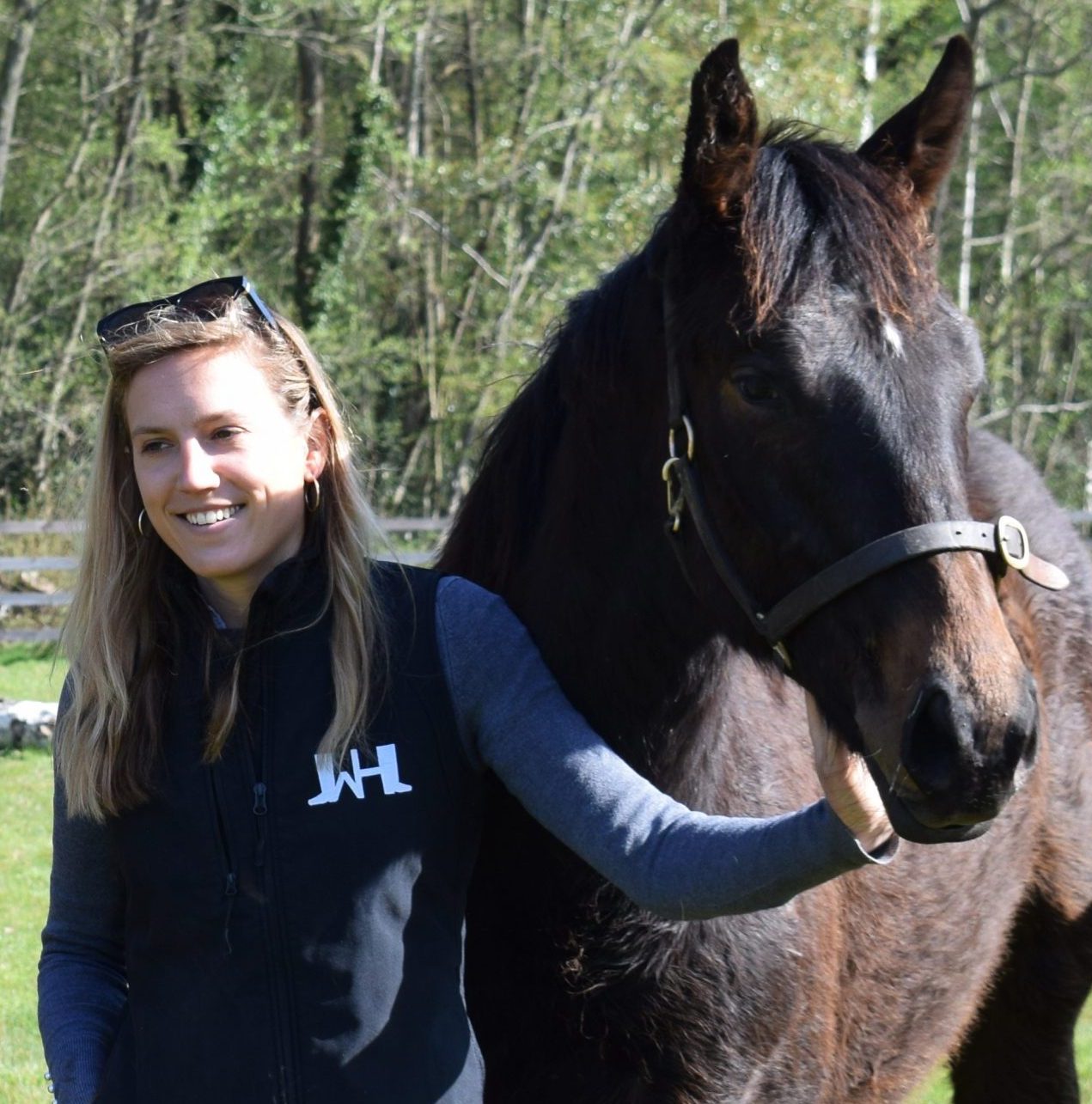 Violet has spent the last fifteen years working in almost every sector of the Thoroughbred industry. She began aged fifteen riding out for Sir Henry Cecil and from there went on to work for various top class trainers including Ralph Beckett and the Hawkes Team in Australia. Upon leaving school she turned her focus to bloodstock and over three years she worked for leading Bloodstock agents including SackvilleDonald, and some of the most established stud farms in the world including Hillwood Stud and Tally Ho Stud. In 2014 she completed the Irish National Stud course before going on on to do the Godolphin Flying Start. Upon finishing the course she went to work for Charlie Gordon-Watson and Chelsea Thoroughbreds racing syndicate where she gained valuable experience in business management. She then also did a yearling prep at Oaskhott Bloodstock where she prepped WH Bloodstock’s first pinhooks and did a Breeze Up season with Roger Marley. She has been successfully pinhooking thoroughbreds since 2014. 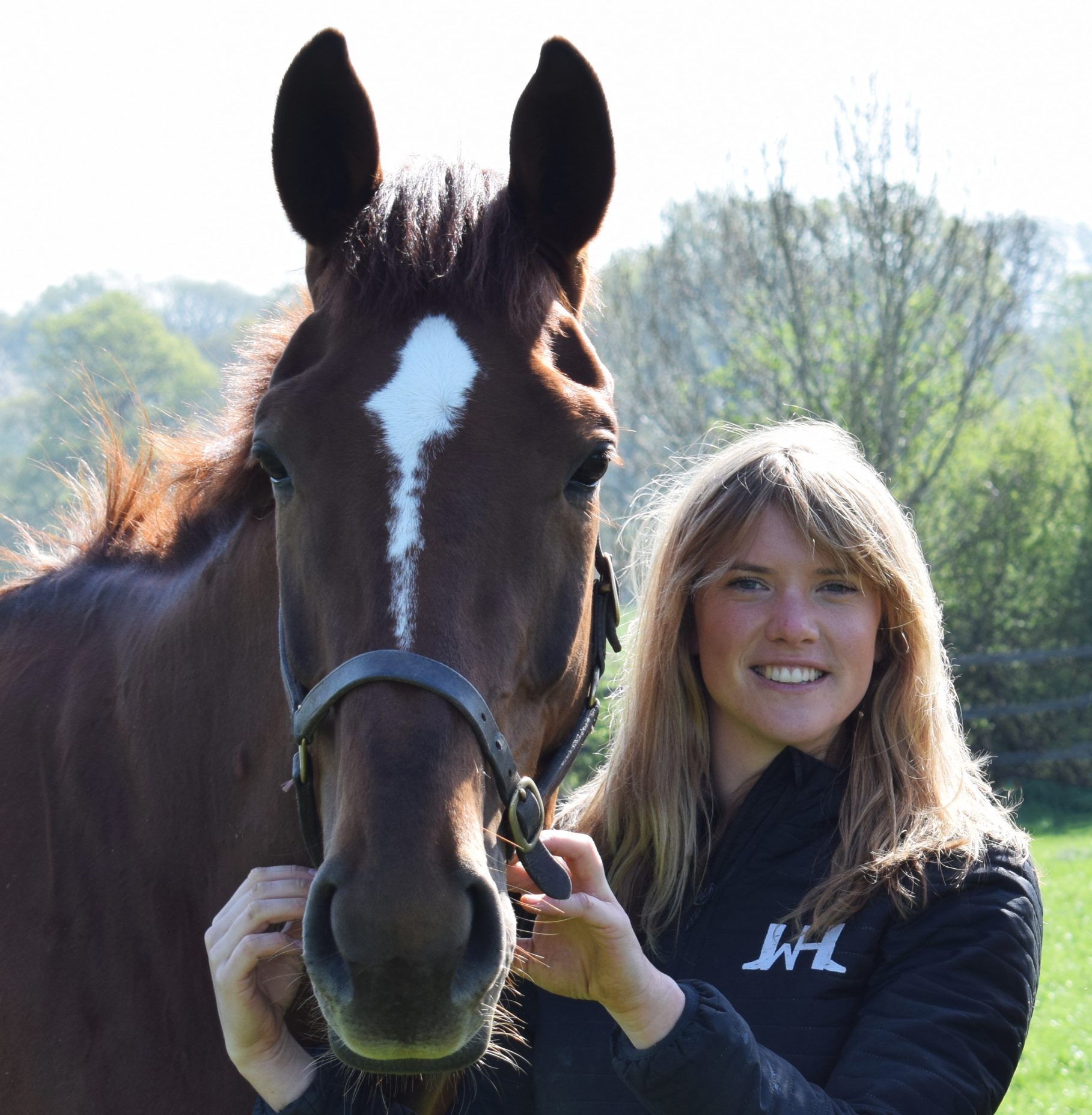 Racehorses have always featured in Mimi’s life. She grew up just outside Newmarket at Moulton Paddocks, where her mother’s dual purpose training establishment is based. She realised from a young age that working with horses was what she wanted to focus her career on and she began gaining as much experience as she could. She spent her school holidays working stints for Greenwood Ellis (now Newmarket Equine Hospital), Peter and Ross Doyle Bloodstock and Highclere Stud. After completing her BA in History at the University of Exeter, she went to New Zealand where she spent the breeding season working at Windsor Park Stud. Mimi and a colleague ran the foaling unit between them. They assisted with foaling and cared for all of the new borns until they were a few weeks old. She then went to work for Gai Waterhouse in Sydney before being accepted onto the Flying Start. Upon graduating the course Mimi went back to Highclere Stud to learn more about the art of prepping yearlings. She also spent a season with renowned pre-trainer Malcolm Bastard and Yorkshire-based trainer Kevin Ryan before starting up WH Bloodstock in June 2018.